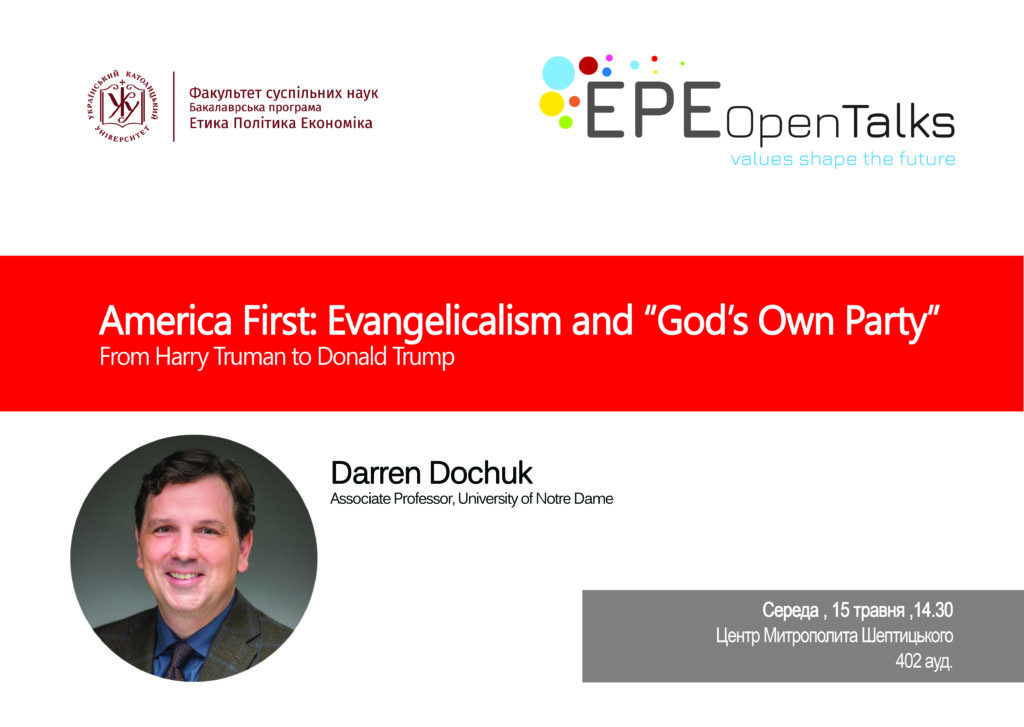 In 2016, over eighty per cent of American evangelical Protestants voted for Donald Trump, a
celebrity-politician whose improprieties seemed to fly in the face of the puritan values that
conservative church people deem essential foundations to a Christian America. To this day,
evangelicals remain overwhelmingly committed to President Trump, and as such, they
continue to represent the core of his political base. His success—or failure—in 2020 very
much rests in their hands. So why and how has evangelicalism become such a political
powerhouse? And what is it about the Trump era that has brought them to the fore of political
action on behalf of an America First agenda? In this session, we will attempt to understand the
transformation by tracking evangelicalism’s political awakening from the years of President
Harry Truman to the current moment of President Donald Trump.

We invites to prof. Darren Dochuk lecture from the University of Notre Dame, which will be held May 15 at 14:30 (room 402, the Sheptytsky Center).
The topic of the meeting: “America First: Evangelicalism and” God’s Own Party “.

The USA is a country where religious views play an important role in the political space and voting in the presidential elections is largely determined by faith or unbelief in God.

If you want to know more, welcome to the lecture!