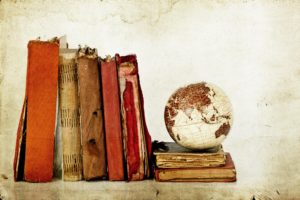 The training of specialists in the field of political science already has a long tradition in the best universities in Europe and the United States. However, each time the directions and peculiarities of educational programs are determined by the research traditions and social needs of one or another country. Developing a program on political science at the Ukrainian Catholic University, we paid attention to foreign educational programs in the field Political Sciences, as well as interdisciplinary and interdisciplinary programs Philosophy.Politics.Economics (Ethics.Politics.Economics). The broad theoretical framework offered by the British and North American universities involves, first and foremost, a strong ethical and anthropological foundation of Political Sciences – this experience is the basis of the program “Political Science” (Ethics-Politics-Economics) of the Ukrainian Catholic University.

Creating this curriculum, we were inspirated by the Oxford and Yale University’s models that build their programs at the crossroads of philosophy, political science and economics. Such an approach to the formation of curricula is continued in the program “Ethics-Politics-Economics” of the Ukrainian Catholic University.

In the early 20s of the last century, the University of Oxford offered an interdisciplinary and cross-sectoral approach to the study of socio-political and economic processes, arguing that cross-cutting disciplines (academic crossroads) have the potential to find breakthrough strategies for society. The success of this approach has prompted other British universities (York, Warwick, and others) as well as North American universities to open similar programs. In many countries, studying in such programs has become a pass in the higher echelons of the political process.

Recently, universities in the United States have become more and more popular with the introduction of a more practical component in the curriculum of all educational levels. In particular, it is a so-called Service learning projects, as well as a combination of theory with practice, from the implementation of student achievements to the practical life of different institutions. This involves the student’s acquaintance in studying with the activities of political and public structures, local government bodies and state authorities, analytical and sociological centers, other public and private institutions.

The program of Political Science of the Ukrainian Catholic University provides a block of practical courses, designed to acquaint the student with his professional field and potential places of activities and work.

One of the goals of such a program in the mentioned above foreign universities is to impart students the understanding that the political process is designed to implement development strategies (From Politics to Policies).

Given the critical state of trust in the political process in Ukraine, and given the public request for new political forces, which would be guided by this principle “From Politics to Policies”, we can talk about a serious basis for the implementation  of the bachelor’s program on the specialty “Political Science” (Ethics-Politics-Economics). The guarantee of its development is a public request for a new type of political force, the development of civil society, and therefore for specialists of a new type, which in their activities are not only result-oriented, but also motivated by basic moral values.

It is worth noting that political science education is generally available in the Ukrainian educational services market. It is not just about the development of a specialty as such, but about the formation of scientific schools with its own specialization. In the Lviv region, the training of specialists-political scientists of educational qualification level “bachelor” is carried out by the Lviv National University. Ivan Franko However, the curriculum of the Ukrainian Catholic University differs significantly from the profile of other programs operating in Ukraine, due to the emphasis on interdisciplinarity, as well as the orientation of practical experience as an important learning factor. Interdisciplinary orientation is carried out through a combination of classical philosophical and ethical studies with the elements of theological education and the study of politics, economics and management, which will promote understanding of the deep relationships between political and economic processes and respect for the dignity of the human person, his rights and freedoms, the ability to consider socio- political phenomena and processes comprehensively in various contexts.

Much of the program consists of long internships in institutions and projects, trainings that are practiced by leaders – people with experience in private, public and governmental institutions, experience in implementing successful projects. Such practical orientation will provide students with knowledge of the principles and mechanisms of socioeconomic processes, the ability to initiate and implement projects and strategies in politics and public administration.

In the tradition of this Academic Crossroads, there is a multidisciplinary set of knowledge and skills necessary for a free person in order to take informed participation in professional and public life, the socio-political and economic process.

The idea of ​​an interdisciplinary program in Ethics-Politics-Economics is based on the combination of the classical tradition of university education and educational innovation, which has been successfully launched and implemented by leading European and North American universities. This approach for a long time provides students with the knowledge and skills necessary for the successful self-realization of the “free” person in the professional and social spheres.

On the other hand, the proposed educational model is the answer to the current dynamic situation in society and in the labor market, because it focuses on the development of critical and creative thinking, the skills of project activities and problem solving, corresponds to the list of critical competencies that will be relevant to employers of the near future. .

The program in political science “Ethics-Politics-Economics” takes into account not only contemporary world standards in the field of the humanities, but also takes into account the current situation in our country, the specifics of the regional level and the request, uses an integrated approach with in-depth study of socio-political and economic processes.